The original idea was having a crazy race starting from the top of a mountain, but I soon discovered that even a sharp inclination can not be perceived if the camera angle is not optimal. Because of the physic system, I was forced to have the race taking place in a canyon, otherwise I would have had the car flying outside of the map.

I tried to shape the landscape revealing a bit of the horizon as well, just in safer areas where the player is supposedly going to drive without losing control. This idea worked just a bit, there is still a huge difference between the real inclination and the perceived one.

Surely better worked placing cactus in order give sense of speed, even thought I tried to not abuse of this system, because I didn’t want to risk them colliding with the car or fill too much the desert environment with.

I also tried to shape the landscape in order to force the player to keep moving his trajectory; at the beginning the track was way more linear and not fun to play, but after this addition I noticed a good increment of the fun that playtesters were having.

I tried to create a “wow moment” having a big rump that ends up on a cliff; still struggling with the physic system I had to create a cinematic that shows how the jump happens, then spawn again the car around the landing area.

The main design problem of this area is the jump is too appealing compared with the other section of the track: it should be more hidden and difficult to execute, as a proper shortcut should be. 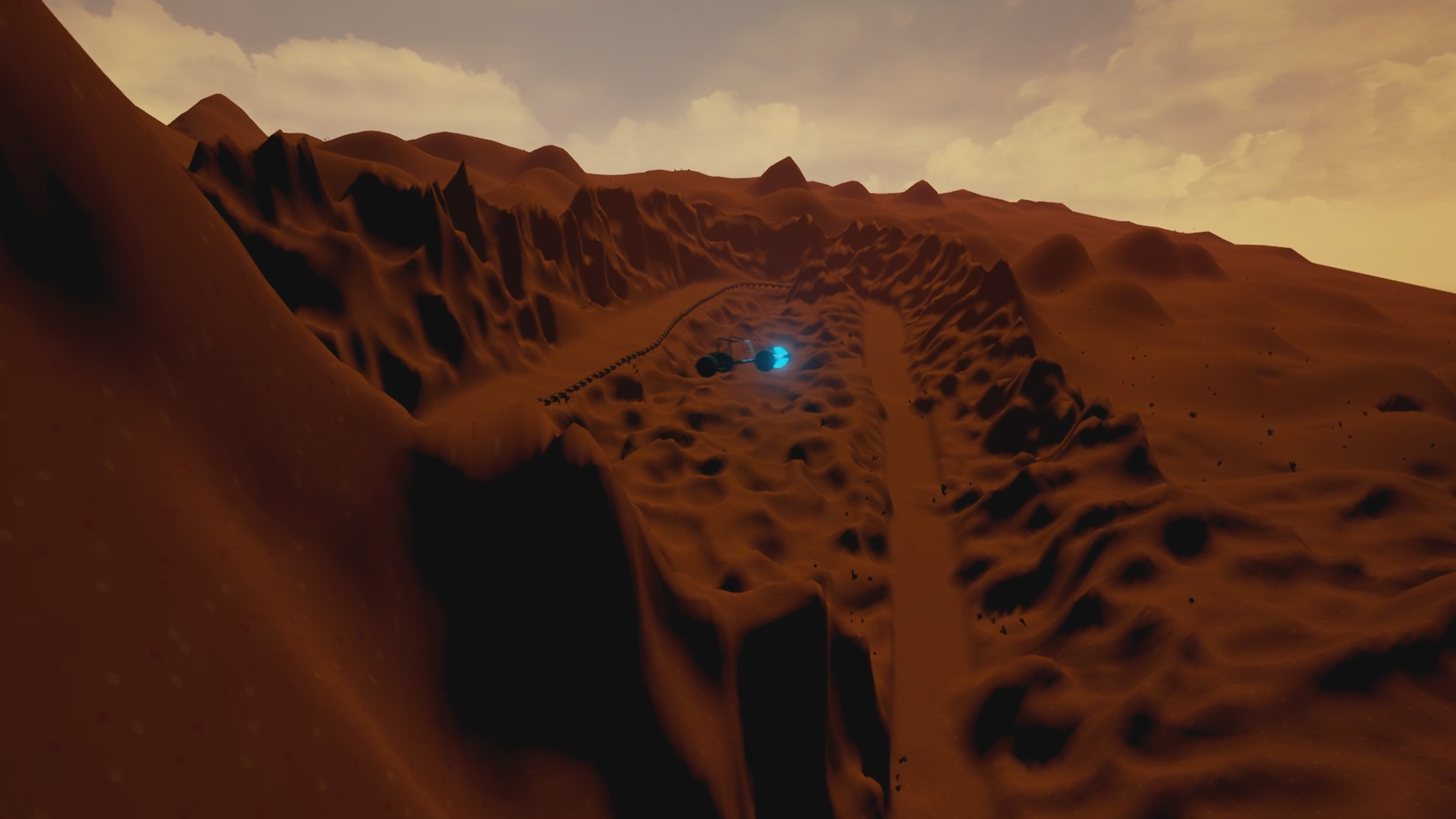 This is the second shortcut that I made in this map: I created a small tunnel with a trigger at the end, when the car hits the trigger I move the car to the other side of the mountain. The idea works quite well, but requires a few changes, because it is too easy to access to the shortcut and the respawn feels very far from polished. I was not able to make a real tunnel because I didn’t have access to any masked material for the landscape.

I designed the shortcut after the track was already done, I think than doing the opposite would work way better, even if making few changes always happens before finalizing the level. 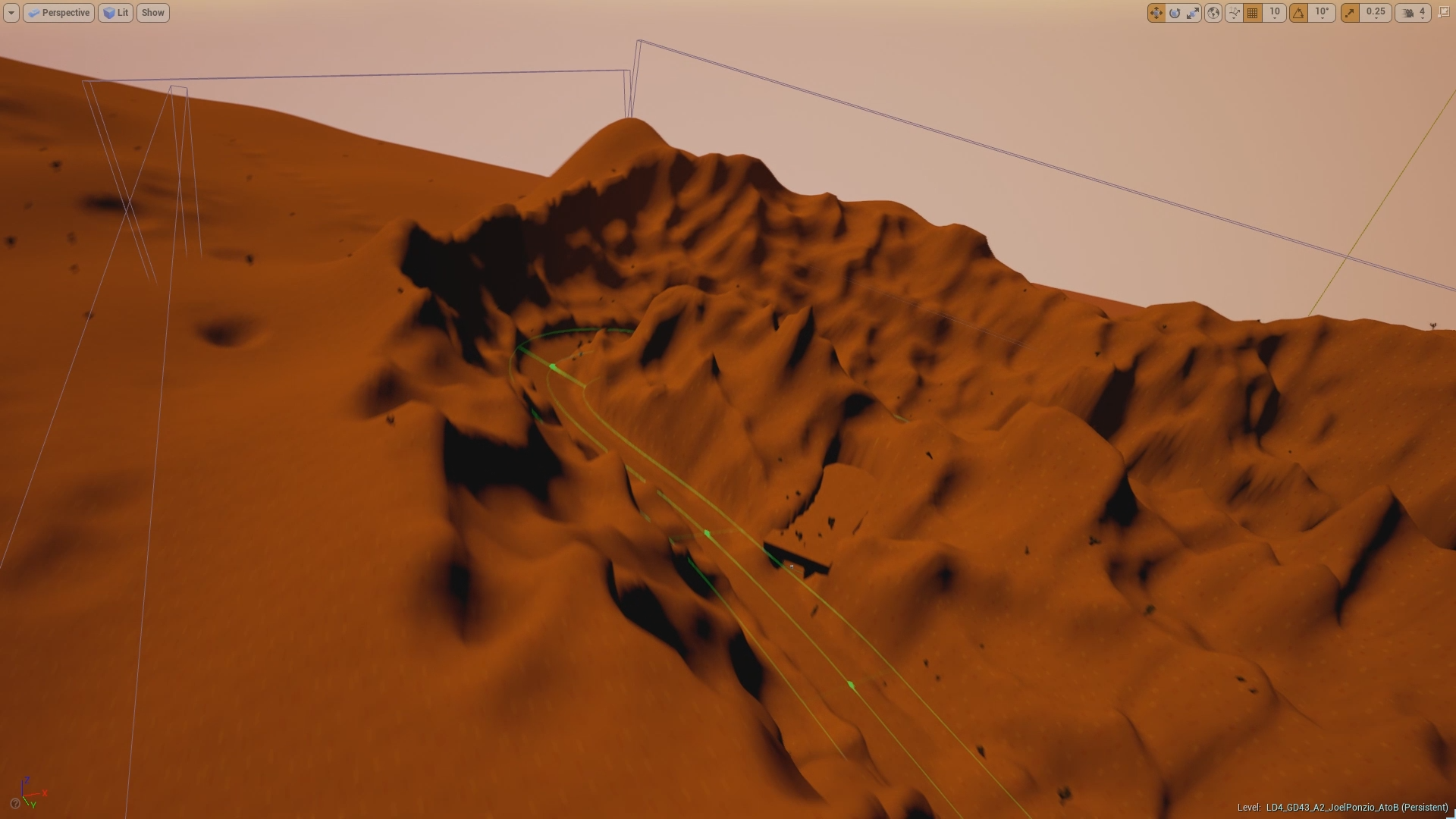 In this screenshot is possible to see what happens when the car hits a bump.

I didn’t have the opportunity to check how its physic system works, but the way that it is, the car is very sensible and reacts to every obstacle that on its way.

I would say that I don’t have any responsibilities about the behaviors of the car, but as a Level Designer I have to fix this issues through a design that hides wrong behaviors and enhance what really works, 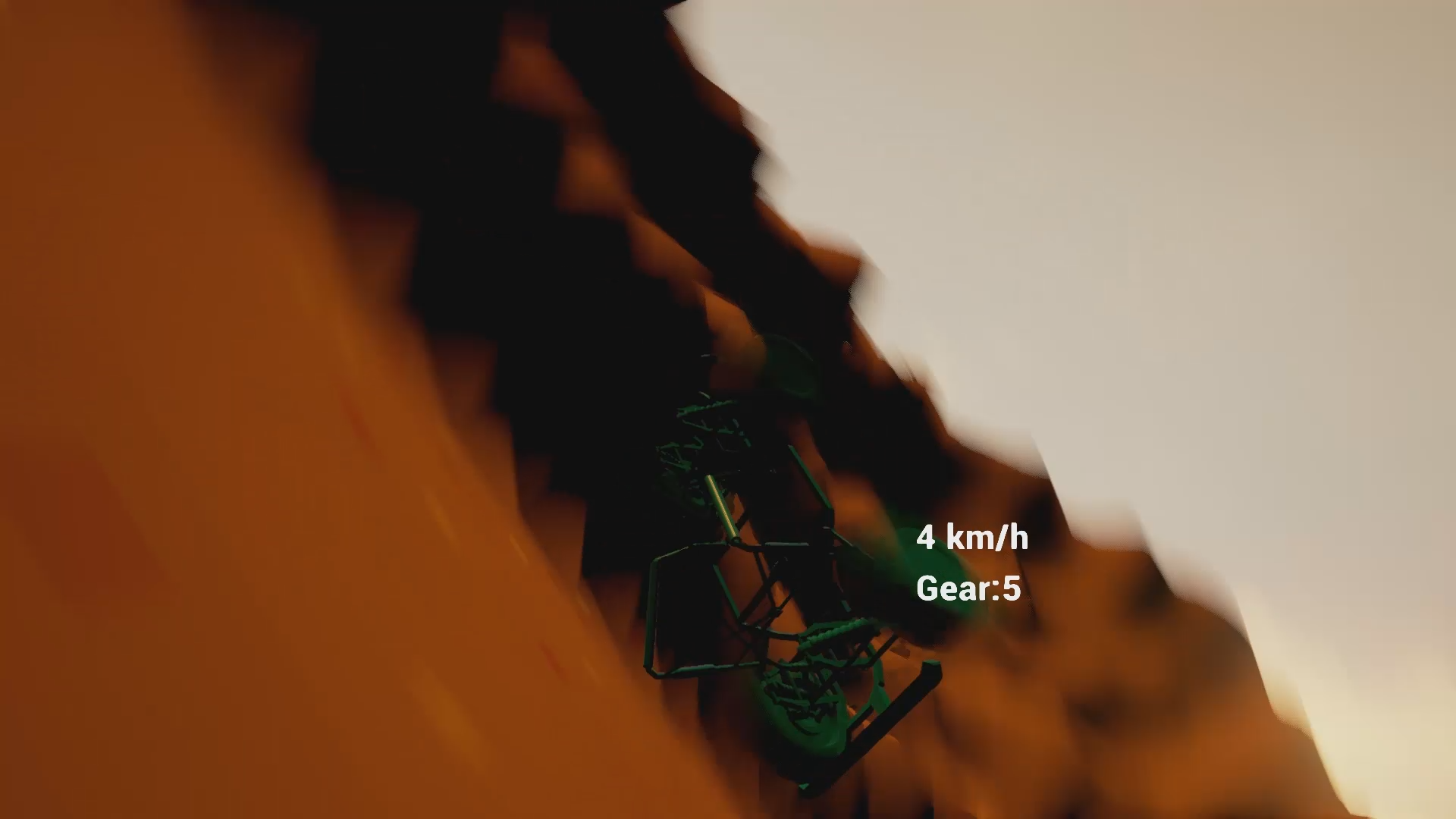